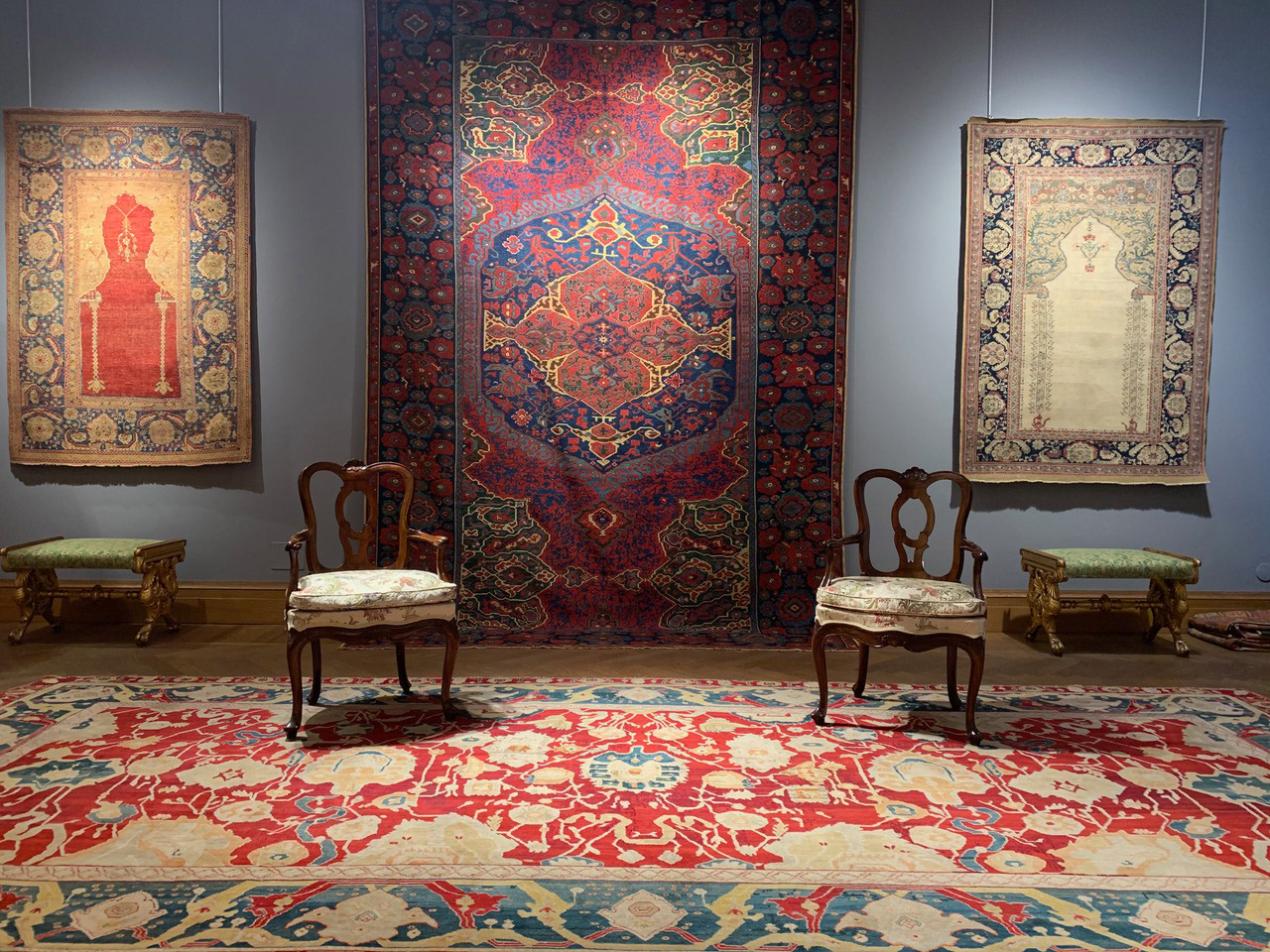 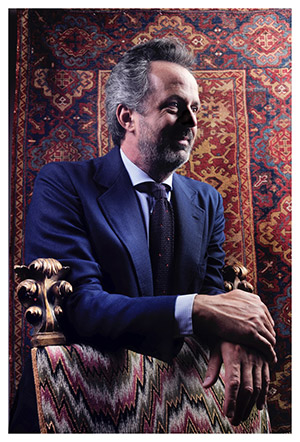 Mirco Cattai, gallery owner and passionate about antique oriental rugs from the Caucasus, Azerbaijan, Anatolia and north-west Persia. His research, started in 1992 with the first gallery in the center of Milan, and regards more and more ancient specimens going back to the 16th century.

He regularly exhibits to the most important Italian events, such as the Florence Biennale, Flash Back, Amart, and every year he organizes a themed exhibition in his gallery. Among the most successful ones was the exhibition on Ottoman rugs repeated several times with extraordinary examples from 16th-19th century.

Another superb exhibition was dedicated to the carpets of Eastern Turkestan with specimens from the Oasis of the Silk Road from the early 19th century. The related catalogues are a great contribution for scholars and carpet enthusiasts.

Mirco Cattai has assembled several important collections in Italy and abroad and his gallery in via Manzoni, 12 in Milan, next door from the Poldi Pezzoli Museum, became a 'must visit' for Oriental carpet connoisseurs.

In addition to the rugs he also specializes in ancient Asian art objects, Chinese sculptures of the Han, Tang and even Gandhara periods; every spring, on the occasion of Asia Week Milan, Cattai Gallery organizes a themed exhibition.